Engineering and Fabrication of Crystallizers for Chemical Process Industries 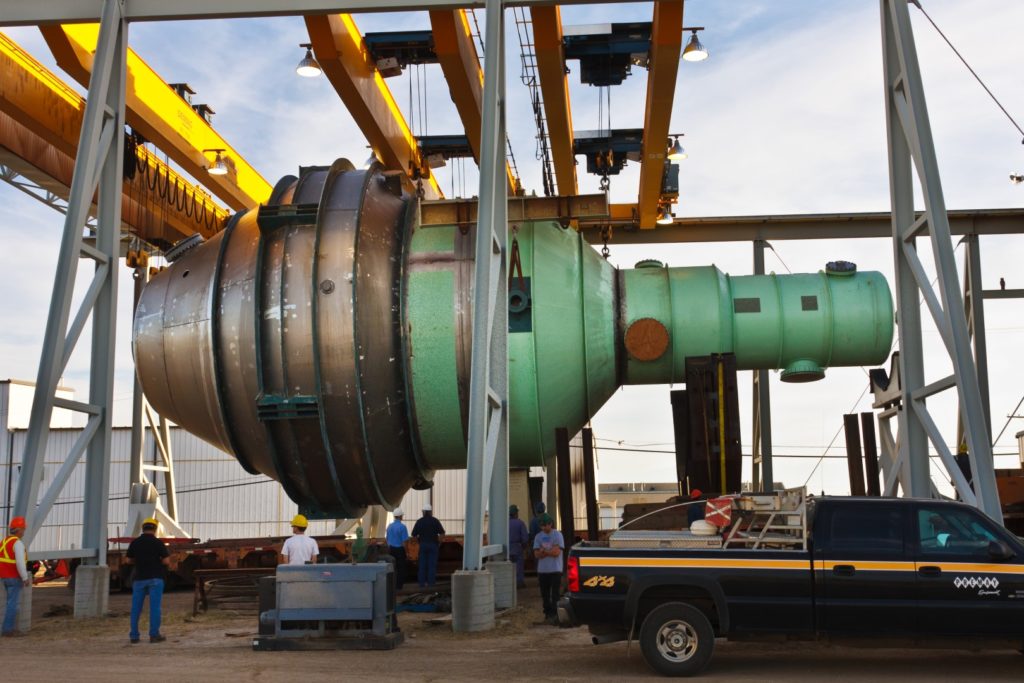 For superior control over crystal size and characteristicsFor superior control over particle size when excessive fine crystals are present, the Swenson draft tube baffle (DTB) crystallizer has been proven highly effective. This type of crystallizer is primarily used in the production of a variety of large-size crystalline materials such as ammonium sulfate, potassium chloride and diammonium phosphate for the fertilizer industry.

The DTB crystallizer is built in both the adiabatic cooling and evaporative (see image) types and consists of a body in which growing crystals are circulated from the lower portion to the boiling surface by means of a large, slow-moving propeller circulator. Surrounding the suspended magma is an annular settling zone from which a stream of mother liquor bearing fine crystals can be removed. These fines are separated from the growing suspension of crystals by gravitational settling in the annular baffle zone.

Fines leaving the baffle zone are sent to a following stage settler or heat exchanger in the case of an evaporative DTB crystallizer. The mother liquor is returned to the suction of the propeller circulator after the fines have been destroyed by heating or mixing with dilute feed or water, depending on the flowsheet.

In the case of adiabatic cooling or evaporative crystallizers, the temperature rise in the circulated magma caused by the mixing of the incoming feed or heated mother liquor at the eye of the propeller is approximately 1°F and thereby limits the supersaturation rate to very low values.  The boiling action is concentrated in the center of the vessel and is well distributed across the surface by means of the vertical draft tube inlet.

Crystallizers of this type typically operate with a suspension of solids ranging from 25-50% apparent settled volume.  The low temperature drop at the boiling surface and the uniform distribution of boiling created by the circulation pattern minimizes crystallization buildup on the walls of the unit and extends the operating cycle.  There are no close clearances where crystal buildup can produce a large reduction in the rate of circulation as in other crystallizer designs.

Swenson DTB equipment is especially useful in multiple stage cooling crystallizer applications where cooling of the feed solution in each stage limits the natural slurry density to a few percent.  By means of the baffled zone, the operating slurry density within the crystallizer can be raised to any convenient value by regulating the slurry underflow rate and removing the remaining mother liquor from the baffle section.

Basic Principles of the DTB Crystallizer:

Advantages of the DTB Crystallizer: