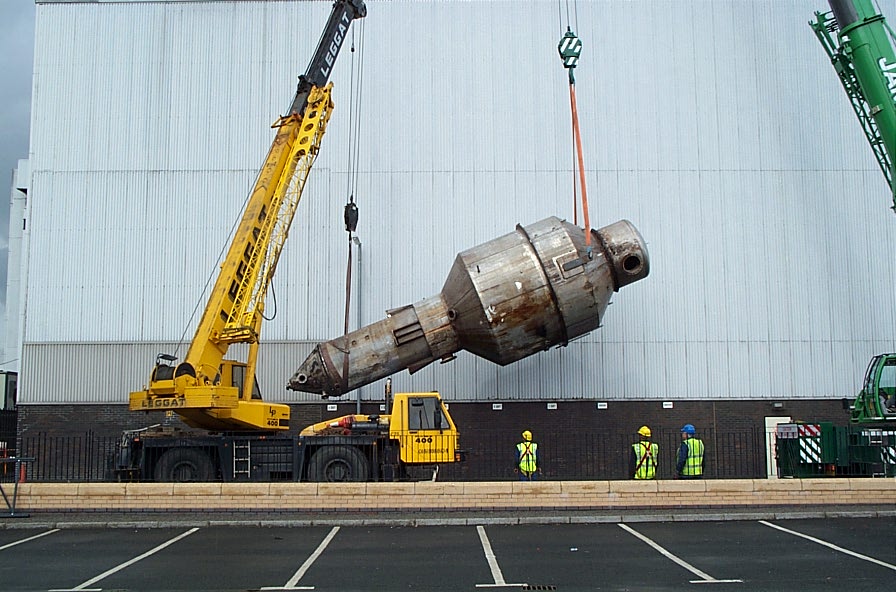 In a Swenson single-effect, LTV rising-film evaporator, evaporation occurs inside the evaporation tubes, so it is used primarily to concentrate non-salting liquors. To provide for good heat transfer, the temperature difference between the heating medium and the liquor should be greater than 15°F. Tubes are normally ¾” to 2″ in diameter and from 10 to 30 feet long. Liquor is fed into the bottom liquor chamber and enters the tubes.

There it is heated with condensing steam or any other suitable heat-transfer fluid. If the vapour pressure of the feed equals or exceeds the system pressure at the bottom tubesheet, vaporization will occur immediately. For colder feed, the lower portion of the tubes is used to preheat the liquor to its boiling point. Vaporization then begins at the height within the tubes where the vapour pressure of the feed liquor equals the system pressure.

As the liquor climbs up the inside of the tubes, additional vapour is generated and the velocity of the liquid-vapour mixture increases to a maximum at the tube exit. The outlet mixture impinges upon a deflector, mounted above the top tubesheet of the heat exchanger, where gross, initial separation of the liquid from the vapour occurs.