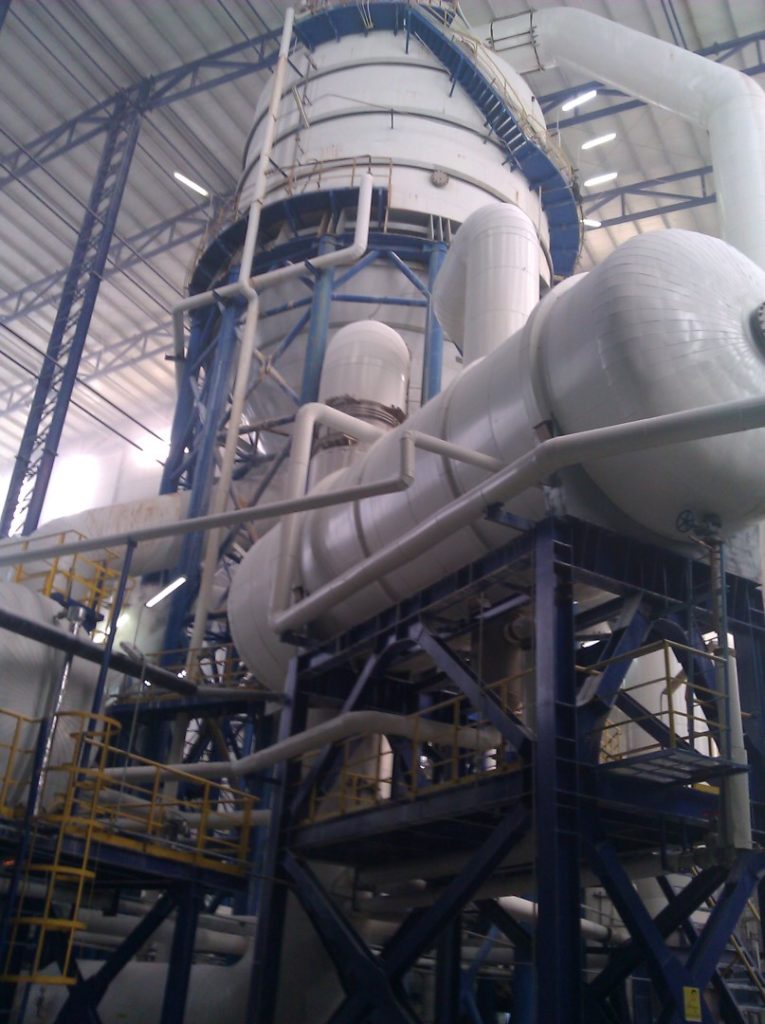 Read More
A simplified flowsheet of a single-effect recompression evaporator illustrates why mechanical recompression is energy efficient. All of the pertinent pressures and temperatures are shown in the table below for this example.

Based upon a 75% isentropic (adiabatic, reversible) compressor efficiency and a combined electric drive motor and gear reducer efficiency of 92%, the energy required to compress a single pound of vapour from 14.1 to 22.8 psia is only 49.3 BTU. To produce the equivalent steam from one pound of 234°F evaporator condensate requires 999 BTU. Therefore, the energy savings for a recompression evaporator are highly competitive with those of multiple-effect evaporators and depend upon the compression pressure ratio required and the relative cost of electric power and steam.

The compression ratio required is comprised of three components which are:

Shown above, is a simplified flowsheet for a single-effect recompression soda ash evaporator which has replaced the traditional triple-effect evaporators used for this application. The vapour body shown has the alternate Swenson vertical-inlet baffle design, which has proven to be effective in minimizing short-circuiting. Vapour from the body is compressed with a single-stage centrifugal compressor and condensed in the vertical heat exchanger.  Condensate is sprayed into the vapour discharged from the compressor to reduce super-heat. Some make-up steam is required to supplement the mechanical energy from the compressor. For some applications, make-up steam is not required.

Most submerged-inlet evaporators short circuit. That is, some of the heated liquor which enters the vapour body short circuits to the outlet instead of rising to the boiling surface. The boiling temperature of the liquor is increased above the equilibrium value (denoted as degrees of short-circuiting), which decreases the Delta-T available for heat transfer. It is particularly important to minimize short-circuiting in recompression evaporators because short-circuiting increases the compression ratio required, thereby increasing power consumption.